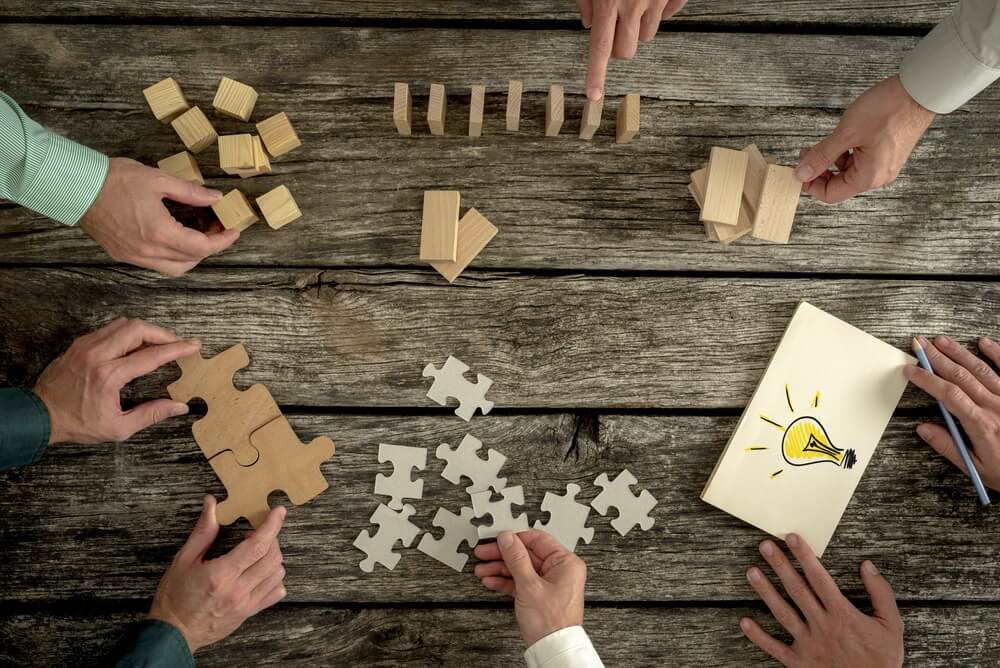 When describing the teams that dominate English football, the phrase the ‘Big Four’ is often used to refer to the teams occupying the first four positions in the Premier League and – if they manage to stay there until May – a coveted place in the Champions League. Last season’s incumbents were Manchester City, Liverpool, Chelsea and Arsenal, meaning no seat at Europe’s top table for the might of Manchester United or other previous qualifiers such as Tottenham or Everton. Southampton and West Ham have offered credible threats to the established order at various points this season, but ultimately lacked the legs to stay the distance.

It’s not just football and other sports where experts and observers like to speculate on who the biggest players are and who might be able to break the stranglehold the major forces have. The ‘Big Four’ is also a commonly used term in finance, most commonly in the professional services world where Deloitte, PwC, Ernst & Young and KPMG call the shots. This, of course, used to be a Big Eight until various mergers and scandals – not least the spectacular collapse of Enron – halved the line-up.
This brings me on to the bridging loans market, where I’m sure I’m not alone in speculating who our very own Big Four are and who the challengers to the throne could be. I won’t be as indiscreet as to start naming names, but I think it’s fair enough to say that the market leaders four or five years ago are now being seriously challenged by other experienced and established lenders who are threatening to upset the status quo with new funding sources and better distribution models.

This threat has come not just as result of the challenger lenders upping their games, but from the previous pioneers getting complacent with regards to their core business and taking their eye off the bridging ball by over-diversifying their offerings. Another area where lenders need to ward against placing all their eggs in one basket is by going solely after the larger loan market at the expense of a wider, more granular spread of loans. The big ticket deals are pleasing when they come off, but it’s just as important to have a steady stream of more modest transactions boosting the loan book.

One way that some of the emerging lenders have been able to bring the fight to the usual suspects is through the use of the peer-to-peer funding model. As savings rates have plummeted over the past couple of years, investors have turned to the crowd to seek a better return and enterprising bridging lenders have been alive to this new funding stream to satisfy demand from borrowers. It’s perhaps too early in the development of peer-to-peer finance to know whether it is a viable long-term market that is here to stay – and not just a needs-must solution to current conditions – but it is certainly a case of making hay while the sun shines while it continues to support equity values. Peer-to-peer is definitely a buzzword in specialist lending circles at present, but we need to ensure it doesn’t become a less favourable b-word – a bubble. As with sport, there are no guarantees that success in the past or present equates to continued accomplishments in future and firms must adapt to evolving markets to achieve long-term results. You only have to look at Liverpool’s dominance of English football’s top division throughout the 1970s and 80s – followed by no league title for 25 years – to realise this. Conversely, inspiration and hope to some of the bridging market’s smaller players comes in the shape of Manchester City who have gone from languishing in the third tier of English football in the 1990s, to landing two Premier League titles this decade.

Enterprise Finance and West One Loans are both firmly established in bridging’s premier league and we look forward to boosting our own trophy cabinet in the coming months and years. With both organisations starting 2015 with all guns blazing – and our parent group posting a strong operating profit for 2014 – everything is in place to suggest we can continue to operate in the upper echelons of the specialist lending arena. West One’s latest Bridging Index showed that almost £50m of bridging finance is currently being arranged every week so there is plenty of demand from developers, businesses and individuals for short-term finance, but only those wholly committed to the market will thrive as the year unfolds.

A second charge can manage affordability limits when consolidating debt